cemetery for the unknowns 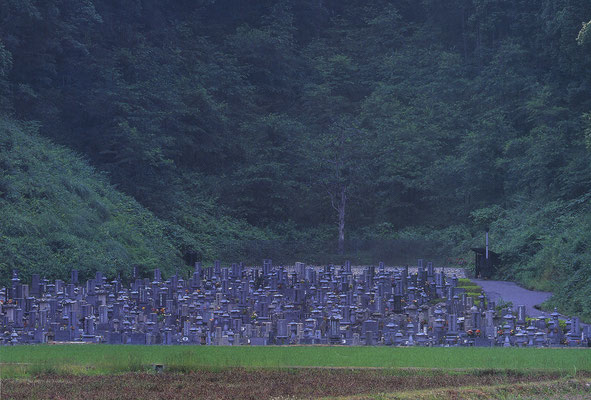 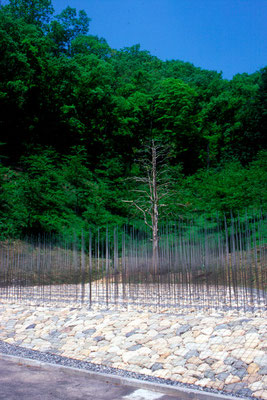 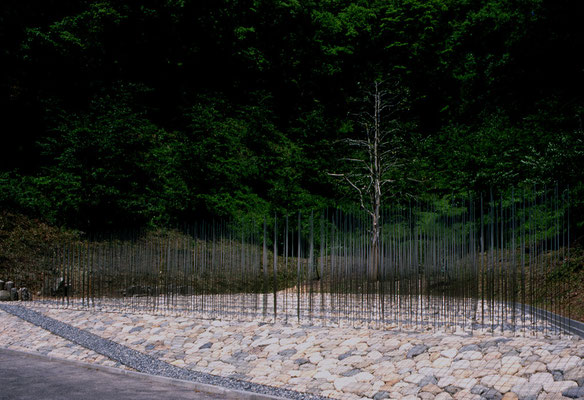 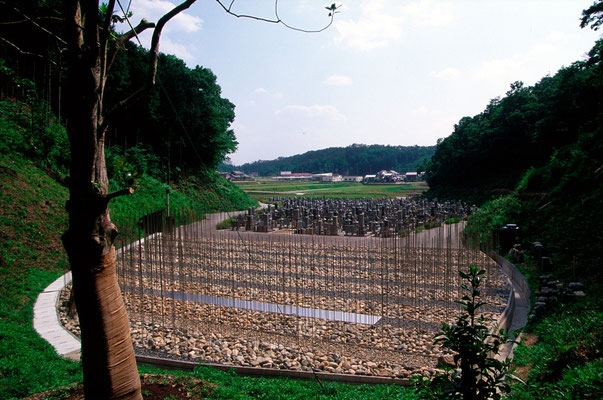 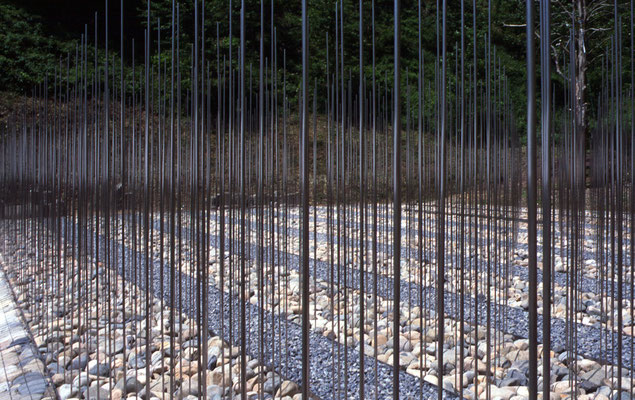 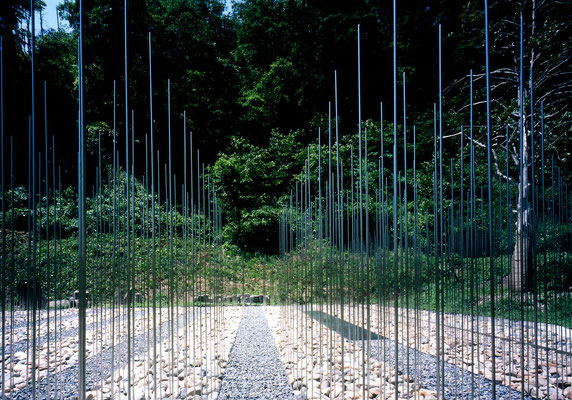 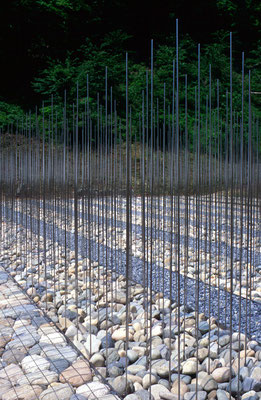 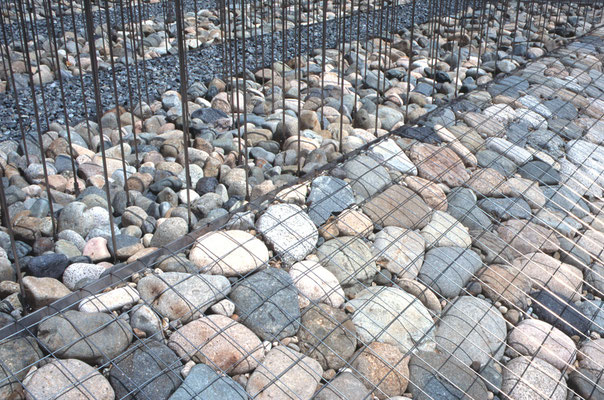 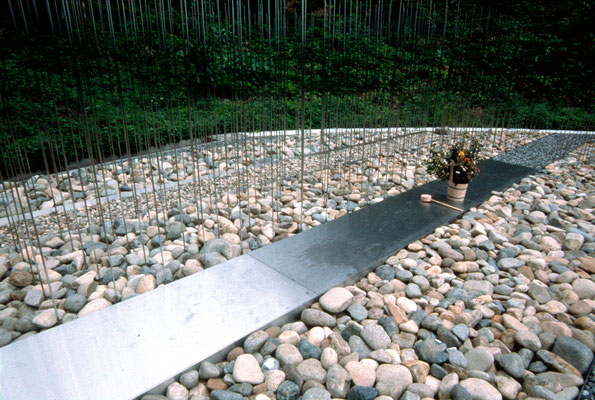 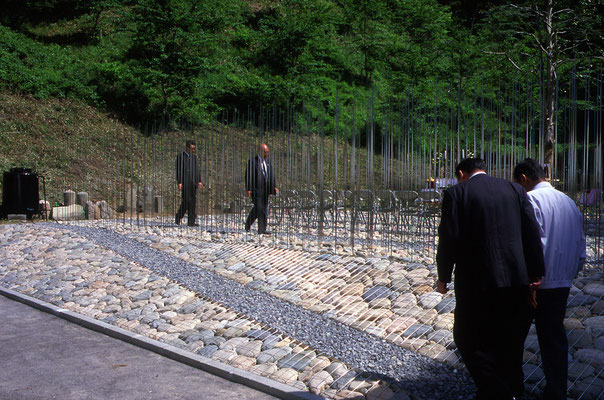 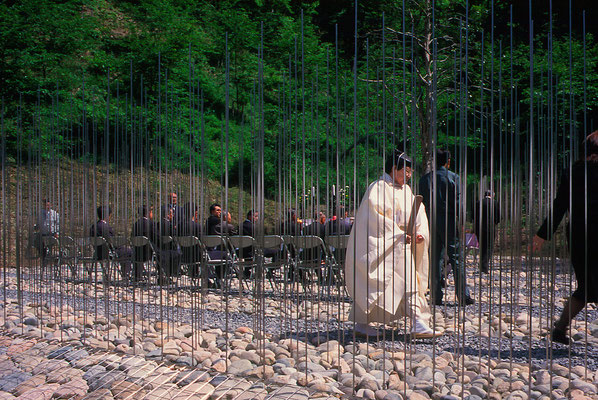 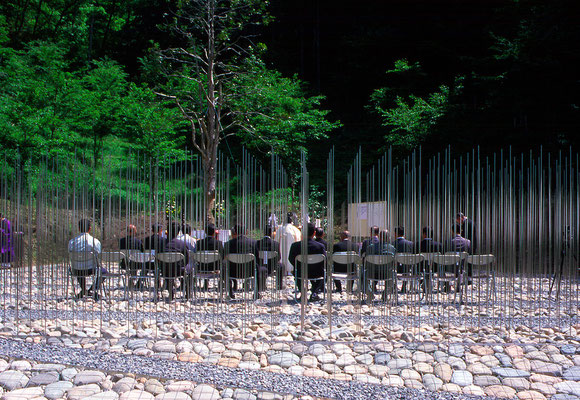 We were commissioned by the town of Mirasaka, Hiroshima prefecture to create a space in memory of the submerged "Cemetery for the Unknown", which will disappear through the construction of the new Haizuka Dam. This space was realized as one of the Haizuka Earthworks Projects we have been involved with for the last 10 years.

The local people's request was "a memorial space in shape without religious factor." As a result, we decided to place 1500 stainless steel rods with 2m heights, replanting a symbolic tree "Tarayoh" and planted new young trees on both sides. The "New Cemetery for the Unknown" was successfully completed in April 1998.

Having in mind "the seen and the unseen," and "the gap between architecture and art," we managed to create an ephemeral kind of mysterious atmosphere.

Haizuka Earthworks Projects is an environmental art activity launched in 1994 as part of the program for reconstructing the Haizuka Dam Area in the northwestern part of Hiroshima. Through the executive committee, composed of experts as well as representatives of the region and the Ministry of Construction, Earthworks Projects continues to propose and carry out diverse educational and cultural activities.