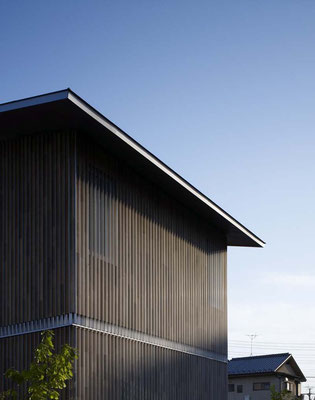 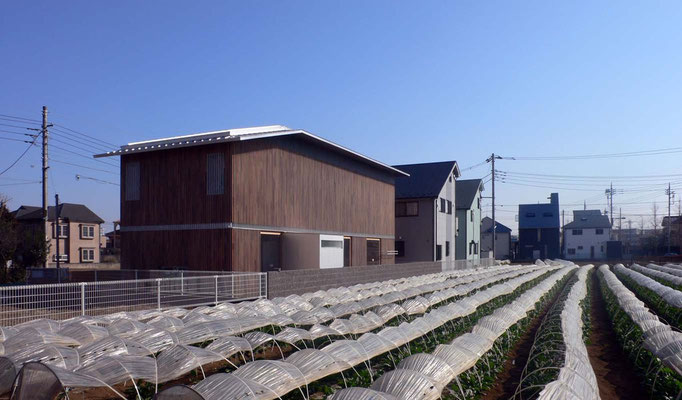 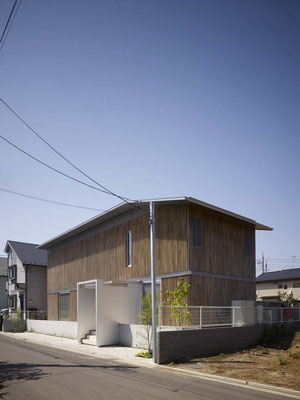 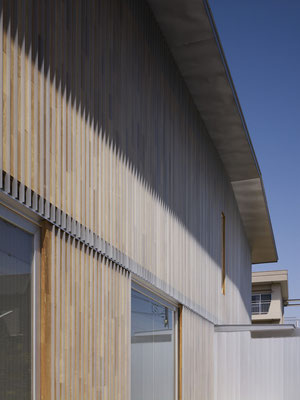 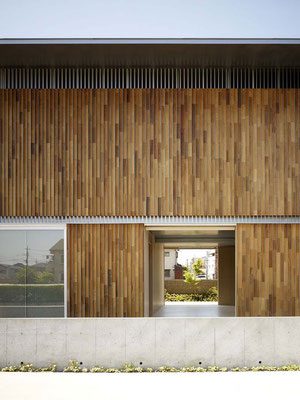 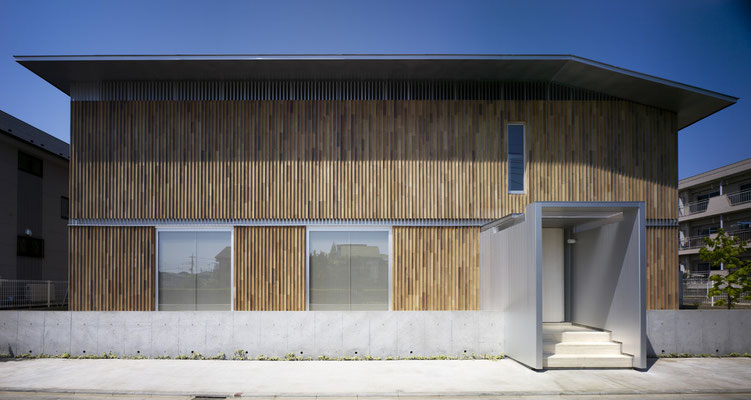 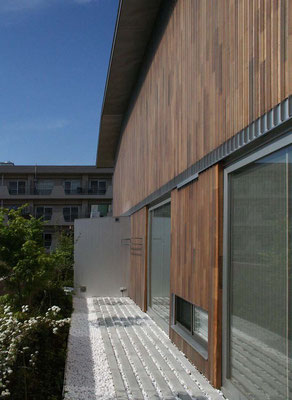 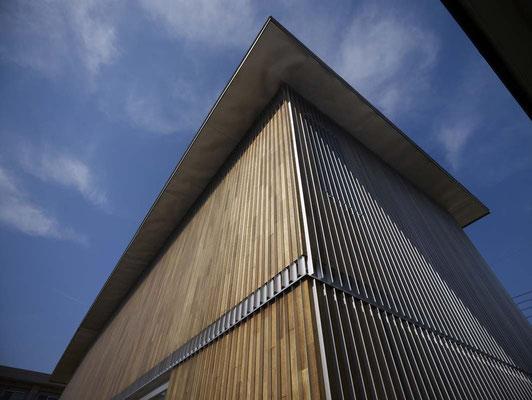 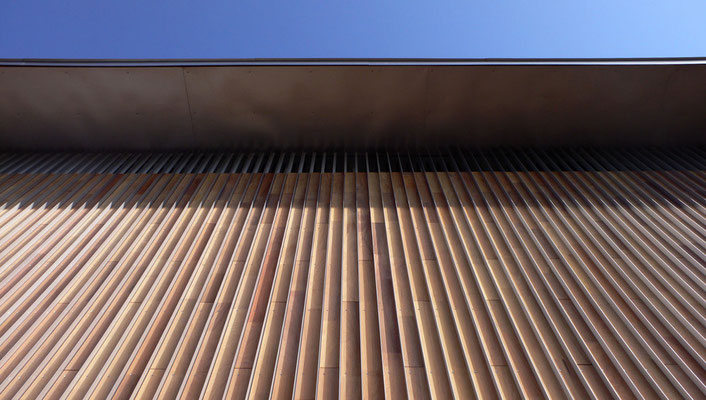 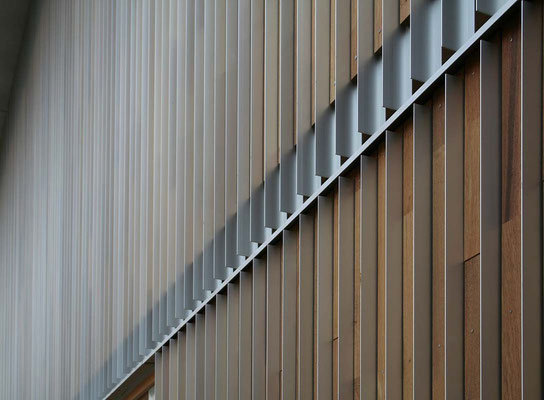 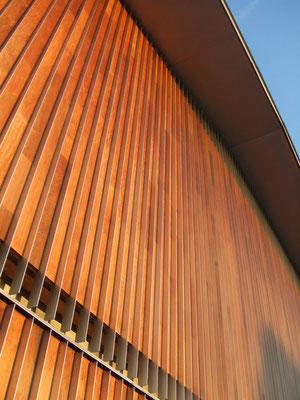 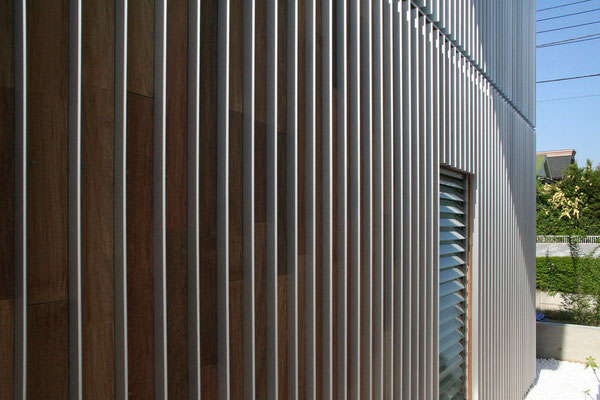 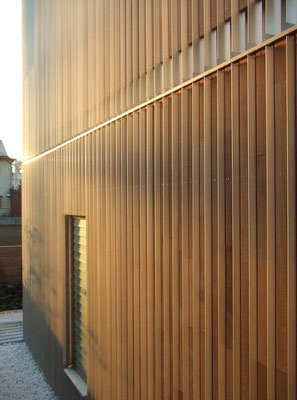 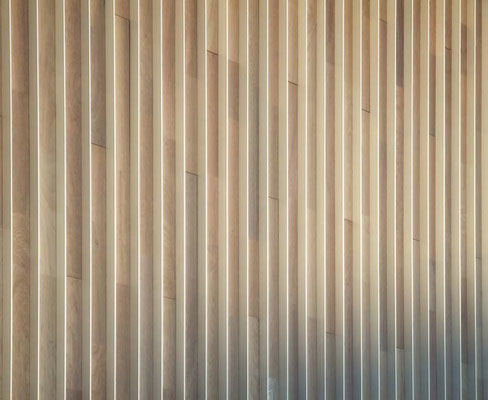 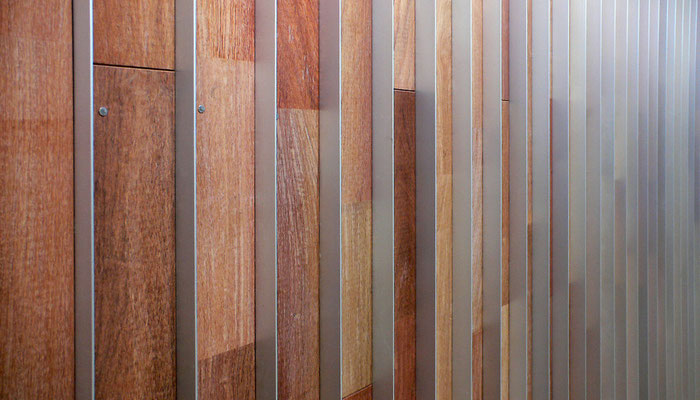 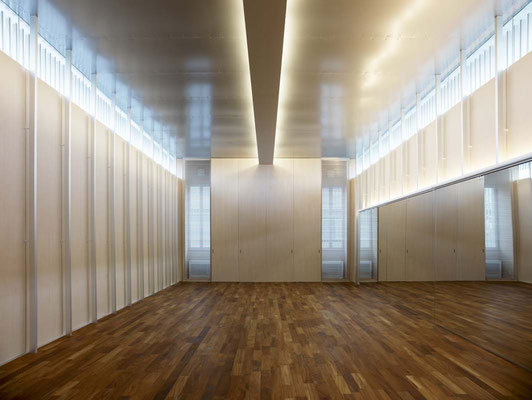 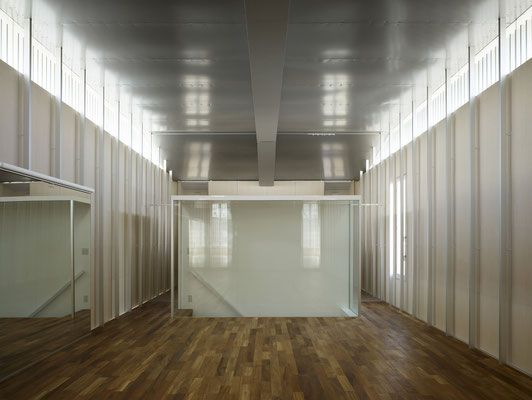 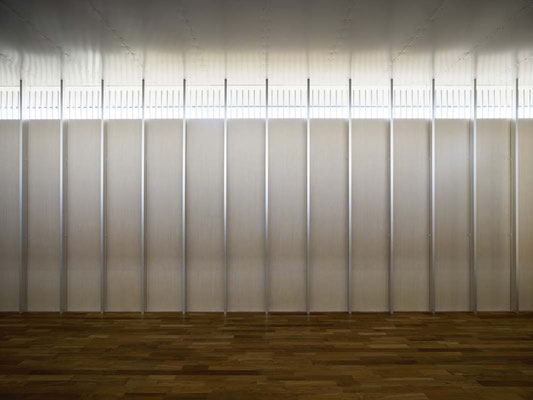 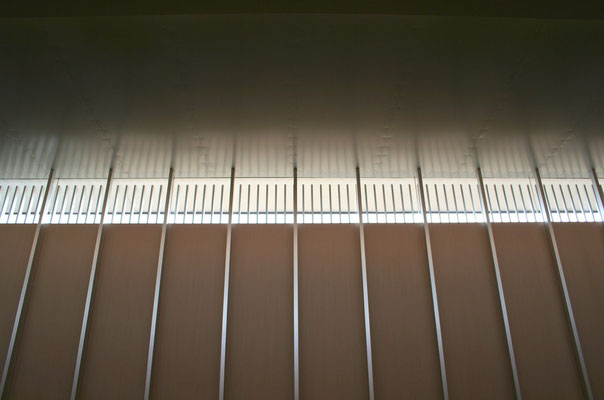 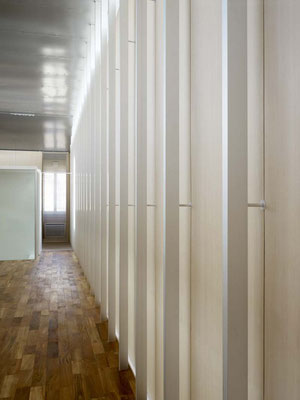 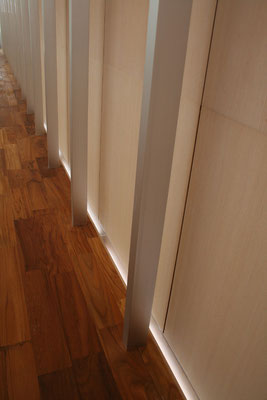 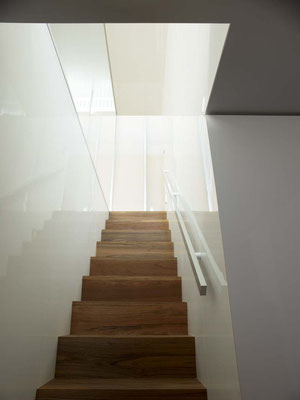 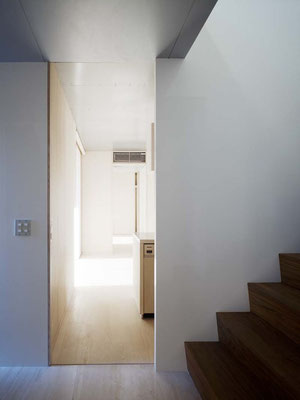 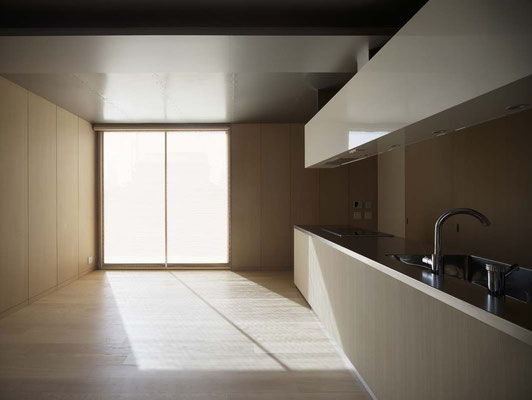 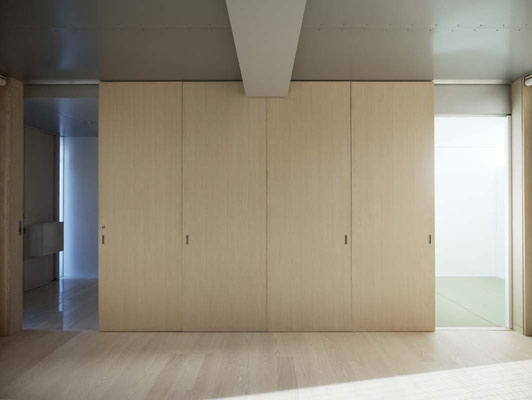 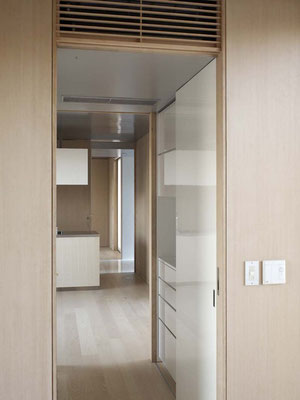 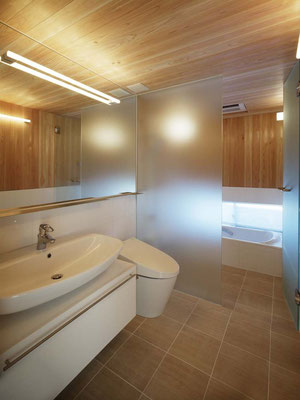 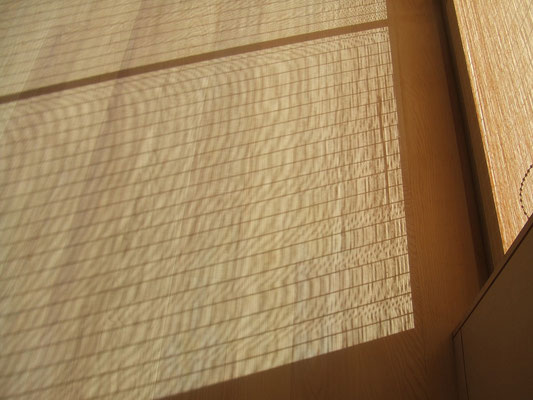 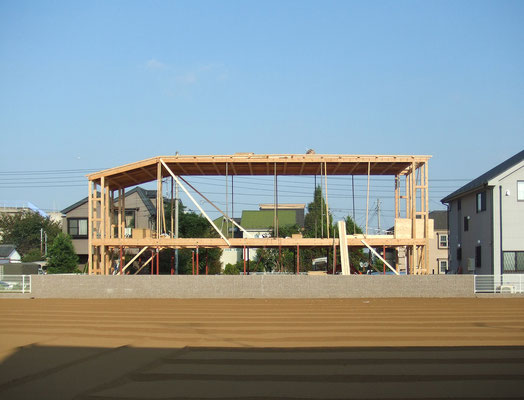 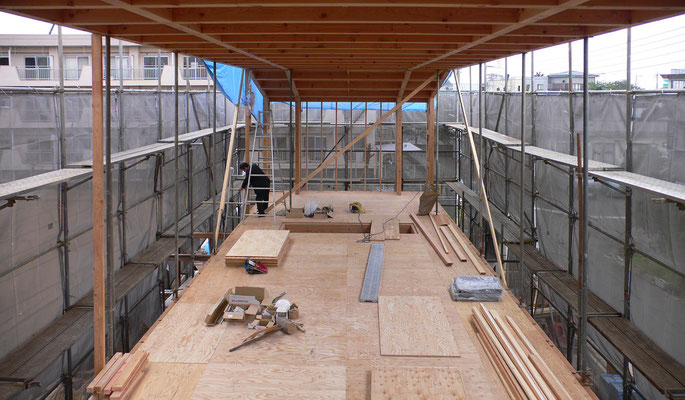 Hula house is built for the house and the hula studio in the edge of suburban area in Tokyo, Japan.

The clients are prime of life married couple. They use the first floor for their dwelling, and the second floor is used as a studio of the hula for the wife as an instructor.

External facades are alternately combined with the Chinese quince wood and the L shaped aluminum channel. This facade shows various expressions according to the hit condition of sunlight through a day and season.

When it is seen from the diagonal, the textures of the wood reflect to the aluminum, so the facade seemed to have mixed with the aluminum and the wood. It became an architecture covered with mysterious vague thick skin. In the photograph, vague atmosphere of this architecture is not transmitted easily.

Hula house looks like a hard image, but a soft image of architecture. It has dressed expressive look as unsteady as Hula. It had been a subject of Hula house design to produce the new expression of architecture which we have never seen.

I wanted to make the architecture of vague, new texture, a low-resolution image of the city, as Tokyo.

This is built by wooden structure, however, the longitudinal span of 16m flies by using the thin steel sheet as a ceiling. And then, the aluminum slim pillar stands in a row on both sides of the second floor to receive the perpendicular load. This is the challenge to make a hybrid structure of wood and steel and aluminum.

It has a structure system that slender gate shaped frames are stacked up two layers to secure the maximum space for hula studio.

Gate shape frames are made by wooden structure. The longitudinal span of 16m flies, so that it is reinforced with the thin steel sheet. Moreover, the aluminum slim pillars stand both sides of the second floor by 600mm pitch to receive a perpendicular load. both side of the wall are supported by them.